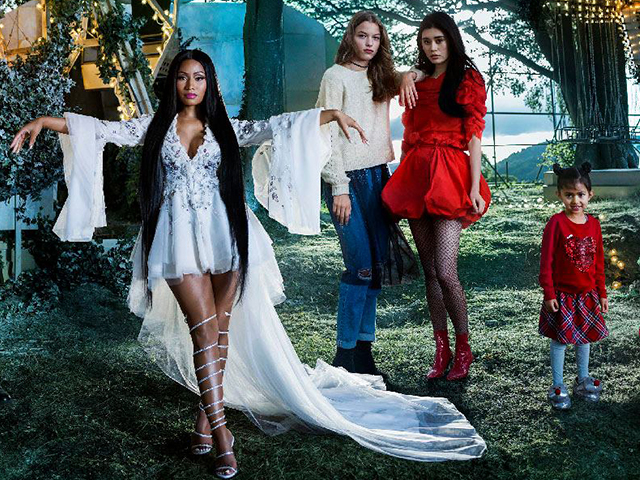 One of our child models, Amy Adams was recently cast on H&M’s new campaign and what a surprise she had in store.
Today on the blog, Santana Amy’s mum tells us all about their experiences.
THE CASTING
The shoot was out in a place called Ellingham near to the town of Alwnick. When we arrived on site we were made to feel very welcome and were shown to a giant marquee and told to help ourselves to the wide range of quality food and beverages they had put out.
The place was packed with designers, seamstresses, models, hairdressers and production crew, there was a little bit of waiting about, we didn’t mind at all as it was all so exciting for us.
When Amy finally got called through she was very calm, I think because of her age she was unfazed by it all. They did her hair, took a few photos and decided she was what they were looking for, after that they thanked us and asked us to come back the next day.
THE JOB
We arrived on site the next day, again to a warm welcome and we were spoilt rotten. The set was in the woods and only the production crew, models and photography team were allowed up there. Tyne Tees Models had provided a really nice lady to ‘look after’ the children and Amy and her got on really well together, when she was asked to go in the car to the set she never looked back. When she returned the production crew said she behaved really well and that the shoot went perfectly, they said she was a superstar. After a long day we were told to go home and wait for a phone call.
On Saturday we received a call from the production crew asking if we could go up that day, we got Amy ready and headed up the A1. When we arrived it was business as usual but we had no idea that there was a very famous face on site. Amy seemed to be away a very long time and we later found out this was because the star, Nicki Minaj, was living up to her diva tendencies. Amy said Nicki was very nice to her and she told her that she was a beautiful little girl. Amy and I both really enjoyed the experience and look forward to doing it again soon. The final images are amazing too!
The star studded team that Amy worked with on this campaign.
Photographer:  Tim Walker
Stars of the campaign: Nicki Minaj, Mariacarla Boscono, Anna Ewers, Charlee Fraser, Ming Xi