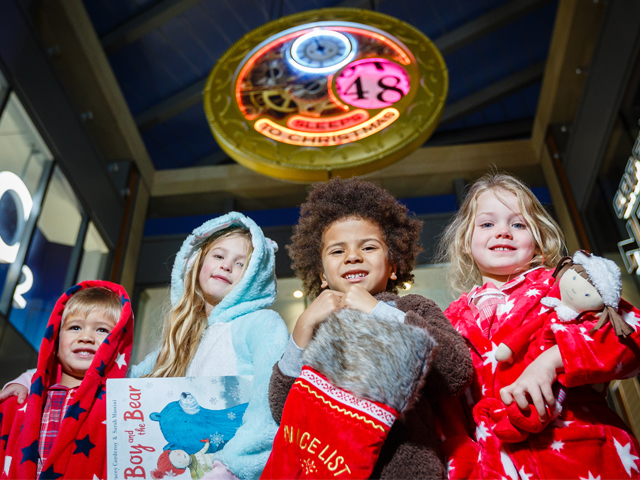 The countdown to Christmas 2017 has begun and as we hit December, millions of children worldwide await the arrival of the presents they have longed for the whole year.

As an innovative solution to these little people asking ‘How many sleeps ’til Christmas?’, Intu’s Eldon Square has launched a ‘Countdown to Christmas’ clock in the entrance of the centre. The clock itself is in the shape of a pocket watch, running backwards and counting down the hours.

Four decades on from it’s opening in 1976, more than 35 million shoppers every year visit intu Eldon Square, enjoying the ever-improving facilities of the centre.  The latest addition to the infrastructure offering is the recently opened (2017) Grey’s Quarter restaurant area.

But this Christmas, TTM’s Mission was very specific… to help boost even further the 35 million people that visit the impressive North East UK shopping centre each year.

Eldon Square management and Tyne Tees Models both understand that to appeal to customers (parents) we have to first engage the attention of the consumers (the wonderful children of the North East).

The kids want the toys – the parents buy them. So we work together to capture the hearts and minds of both child and adult, delivering this countdown installation with an explosive, PR-friendly launch event which took place on 7th November.

Tania Vesty, Marketing Manager at intu Eldon Square, said: “Our Christmas clock has received a warm welcome from our shoppers, especially youngsters who are already gearing up for Christmas and writing their lists for Santa. Many people are pausing to take pictures to share on social media creating a tipple of anticipation for the big day.”

We hope you are all as excited for Santa Clause coming as we all are! 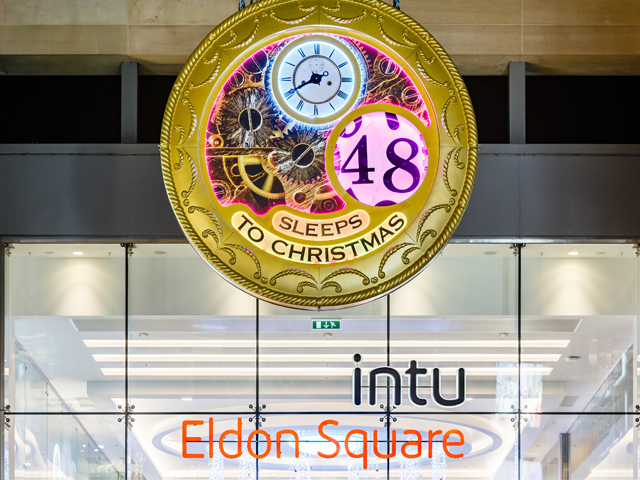