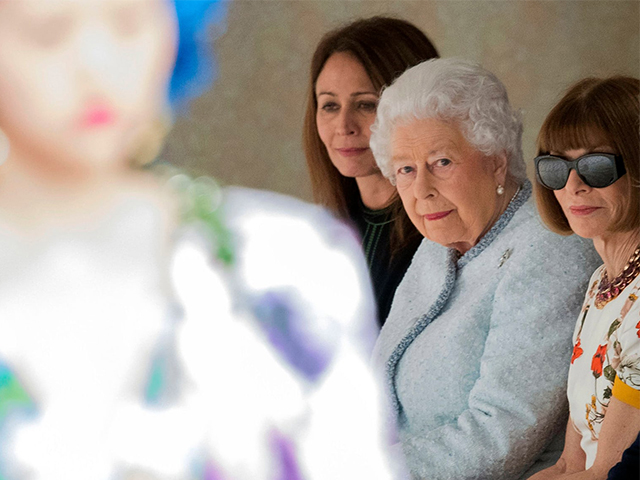 When it’s LFW, one of our favourite things to do is to check out Front Row of all of the best shows to see which celebrities and fashion influencers are present. It was very much to our surprise however, to see the Queen sitting next to Anna Wintour at designer Richard Quinn’s show.
This is the first time that the Queen has attended London Fashion Week, as she was awarding Quinn the ‘Queen Elizabeth II Award’ for British Design.
When the Queen spoke about Quinn’s success, she described the award as her “legacy” to British fashion which Mr Quinn had won for his use of bold prints.
BBC News said, “There was a hush as she entered the room, with the audience standing up to greet the monarch and, of course, raising their phones to get that all-important social media picture.”
What an honour to have the Queen attending your LFW show, while looking so stylish herself!
Find out more at BBC News. 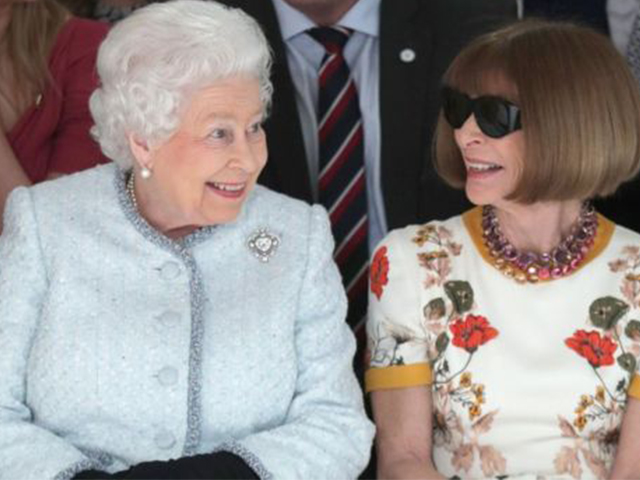